Overview. How to get a Liquor Store License in New York 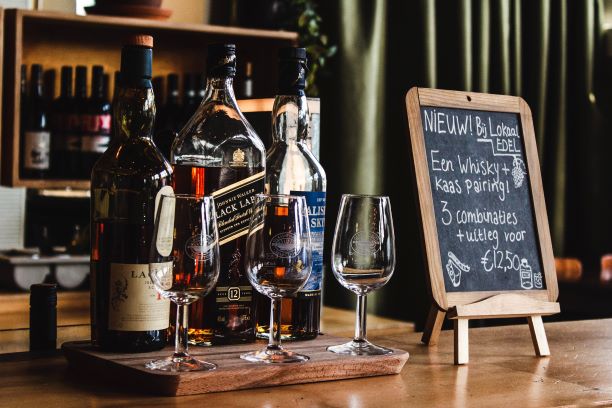 When you look for a location for your liquor store, make sure that:

According to this rule, no liquor or wine store license in New York (as well as full liquor license for wine and bars) may be issued if a church or a school is precisely within 200 feet of your location, such distance being measured in a straight line from entrance to entrance. The school or place or worship needs to be on the same street for the 200 Foot Rule to actually apply. If your location (or the school or place of worship) is on a corner lot between two different streets, both streets need to be taken into consideration.

Keep in mind that this is not a discretionary rule. Should the above conditions exist, SLA has no other option but enforce the 200 Foot Rule, disapproving your application.

If there are churches or schools within 200 feet of your location and you are not sure if the building is used exclusively for such purpose, you have a few options:

The 500 foot rule does not apply to liquor or wine stores, but only to restaurants and bars serving liquor. However, for sake of comprehensiveness we will briefly touch upon it.

Pursuant to this rule, the Authority should refrain from issuing a retail license for the on-site consumption of liquor to any location which is within 500 feet of three establishments that are currently operating with on-premises liquor licenses (OP). However, the application of this rule is discretionary, meaning that it can be overcome if a specific public interest is proven.

The New York State Liquor Authority when determining whether or not a “public interest” exists will consider the following: (i) type of establishment (restaurant or bar or pub etc.), (ii) number, classes and types of businesses licensed within 500 feet of the proposed establishment; (iii) applicants’ prior violations or complaints at same or other establishments; (iv) issues relating to quality of life in the neighborhood, such as anticipated increased traffic, parking problems and increased noise level.>

To get a better understanding of the 200 Foot Rule, the 500 Foot Rule and the way they apply to liquor stores, restaurants, pubs and bars selling liquor (but remember, not to liquor stores) check out our post New York Liquor License FAQs Part 1.

The ultimate decision on your liquor store application is made by the Liquor Authority at a full board meeting, based on a finding that the new license would provide public convenience or advantage. As a part of such review, the board considers whether the area is adequately served by a sufficient number of liquor stores. For this reason, oppositions from other liquor stores already existing and operating in the interested area are most likely to be expected. A good argument to overcome oppositions is to prove that your liquor store is going to provide different products than those offered by existing licensees in the area.

Obtaining a liquor license for a liquor store, as well as for other types of establishments in New York City is a complicate process and many variables and downturns are to be expected. Opposition from the neighboring liquor stores – that are your competitors – is very much likely to happen and could lead to a rejection of your application. Therefore, stir away as much as you can from other liquor stores. Check thoroughly your neighborhood before committing to a long term commercial lease.

The best way to avoid that kind of scenario is to negotiate a contingency in the lease such as the following: if no liquor license is obtained then the lease is of no effect. You don’t want to get a lease signed and commit yourself to pay the rent for several years ahead before you know that your license is approved. Not all landlords would agree to this sort of contingency but it’s definitely worth a shot.

Steps to get your liquor store license in New York

For a more general and comprehensive guide on the liquor license application process in New York, you can check our post: How to Get a Liquor License in New York.

Can I buy an existing liquor store?

Yes, a liquor store can be purchased but that will not include a transfer of the current liquor license from the seller to the buyer. A brand new application will be required. Generally, you will have to wait for your license to be approved before starting to sell alcohol at your liquor or wine store, but if you are buying a liquor store, under certain conditions you can obtain a temporary license at SLA’s discretion for no longer than 90 days.

Other things to keep in mind when opening a liquor store