How to Start a Restaurant Business in New York (& United States)

This article is a quick guide to starting a restaurant or a bar business in New York, that reviews the most important legal and bureaucratic aspects of this process. Once you have developed your concept, found the desired location and drafted your business plan, you can move on to dealing with the technicalities associated with restaurant business or similar in New York. This article can also be useful advice to start a restaurant or bar elsewhere in the United States.

Forming a business entity under the American laws is the first step towards starting a restaurant business in New York and United States. Conducting a business as a legal entity allows its shareholders or members to protect their investment and keep it separate from their personal assets. Thus, the company’s creditors may only go after the company’s assets and the shareholders’ personal assets will be shielded against their claims or actions.

Forming an entity under the American laws is also essential to enter most of the commercial agreements required to get the business started, such as, for instance, lease agreements, assets purchase agreements and various insurance policies. The best suited legal entities to operate a restaurant or similar are the corporation and the limited liability company. For further information regarding the differences between these two types of entities read our article: U.S. Business entities. LLC vs. Corporation.

Once the company is formed, the first step is to obtain the Employer Identification Number (EIN) and the Sales Tax Certificate. The EIN, somehow similar to the european VAT number, allows the United States tax authority (Internal Revenue Service – IRS) to identify a business for tax payment purposes.

The Sales Tax Certificate is the permit to collect the sales tax from customers on certain transactions. The sales tax must be paid to the State approx. every four months. The sales tax only applies to certain types of purchase, including meals consumed in a restaurant.

Currently, in the state of New York the sales tax is approximately set at 9% of the transaction value. EIN and Sales Tax Certificate are a prerequisite to obtaining the majority of the administrative permits and licenses necessary to operate a restaurant in the United States, including food establishment permits and liquor licenses.

If you are planning on starting a brand new restaurant in New York or in the rest of the United States, it is highly recommended to hire a real estate broker specialized in commercial spaces for lease. The broker will select a wide range of options in line with your needs and budget. Once the right location has been found and an offer has been placed, the landlord will perform the due diligence on the financial standing of the prospective tenant, as well as on the tenant’s business experience in the food and hospitality industry.

A landlord, indeed, will not be inclined to start a long-term business relationship with a tenant who doesn’t show sufficient financial standings and experience in this field. Commercial lease agreements in the United States, and especially in New York, are lengthy documents (approx. 60 to 100 pages including attachments) containing lots of technicalities that require the attention of a specialized attorney. Lease agreements are always subject to intense negotiations before the parties can close the deal. For more details on this topic, see our post Affitti Commerciali negli Stati Uniti.

Another option is to purchase an existing restaurant, as opposed to building it from scratch. First thing is to determine whether your company is allowed to take over the lease agreement in place between the landlord and the legal entity from which the business will be purchased. Assigning the lease agreement to a new tenant is always subject to landlord’s prior approval.

If the prospective tenant does not show adequate financial standing or sufficient experience in the hospitality industry, the landlord will most likely disapprove the assignment. If the landlord’s consent to the assignment is obtained, the current tenant and the prospective one may move forward with the sale of the business: the most commonly used legal instrument to achieve this result is the Asset Purchase Agreement, a contract whereby the buyer only purchases the assets, but not the liabilities, of the business up for sale.

An additional option available is to purchase a restaurant or a bar business from a franchise. In this case the buyer will be dealing with the franchise agreement and with the commercial lease agreement as well.

In most cases, some construction and remodeling activities will be required before opening the premises for business. Hiring an architect at this stage is crucial. The architect will design the premises according to your specifications and will submit the renovation plans to the Department of Building and other city departments for approval. Once this step is completed, the General Contractor will take care of the actual build-out of the space.

Before opening your restaurant to the public, a Food Service Establishment Permit is required. Such permit is issued by the Department of Health (DoH) of the city of New York. Initially, the DoH will conduct a preliminary inspection of the premises, in which any violations of the food safety regulations will be reported and corrected at no charge for the owner. At this point, the Food Service Establishment Permit will be issued and the food may be served at the premises.

Later on, without any prior notice, the DoH will conduct a new inspection in order to assign a “grade” to the restaurant based on its hygienic conditions and compliance with food safety regulations. Grades range from the letter “A” (perfectly in compliance with law) to the letter “C” (which means that one or more violations to the said rules have been found). The grade must be displayed on the storefront for the customers to see it. The DoH conducts periodic inspections, generally on an annual basis, in order to confirm or change the grade previously assigned.

The DoH requires that at least one employee in possession of the Food Protection Certificate be attending the restaurant operations at all times. A good rule of thumb, for obvious reasons, is to have at least two or three employees in possession of such certification.

Obtaining a permit to sell alcohol (commonly referred to as liquor license) in the state of New York is a quite complex and time-consuming process. The authority in charge to issue new liquor licenses in New York is the New York State Liquor Authority (NYSLA) The ABC Law (Alcohol Beverage Control Law) governs the liquor license process and sets forth the general policies of the State of New York with respect to the sale of alcohol. The first step toward obtaining a liquor license for your restaurant or bar in New York is, in most cases, to appear before the local Community Board, which will review your application and issue a non-binding opinion of denial or approval to be later submitted to the NYSLA for the final decision. Community Boards in New York City may be more or less inclined to issue a favorable recommendation depending on the area of the city in which the restaurant or bar is set to operate.

In the State of New York, unlike other states, the number of liquor licenses that may be issued is not contingent upon the number of people residing in a given area, instead the matter is regulated by another set of rules, such as the 500 Foot Rule, according to which, typically, no more than three on-premise full liquor licenses (those that allow to sell spirits in addition to beer & wine) are permitted within 500 feet of each other. The restriction dictated by the 500 Foot Rule, however, is not absolute and may be overcome by showing, at a special hearing referred to as the 500 foot hearing, a specific public interest that may allow more than 3 premises in possession of a full liquor license to coexist within 500 feet of each other. 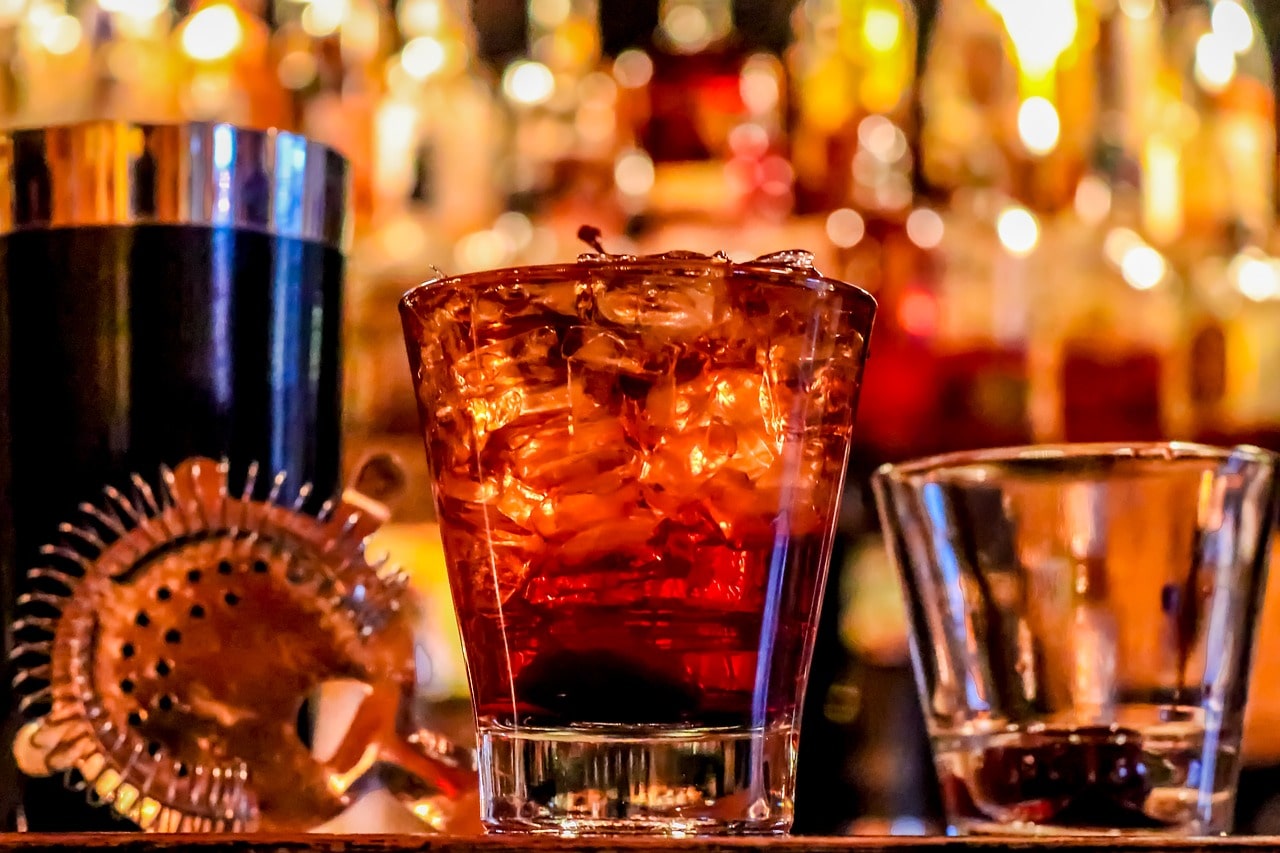 Visas to work and reside in the United States

This visa may be issued to those who make a substantial investment in a commercial enterprise in the United States. Also, the E-2 visa may be granted to citizens of those countries, such as Italy, that maintain specific commercial treaties with the United States. The investment made in the American commercial enterprise must be “substantial”. It should also be proportionate and sufficient to support the type of business that you are willing to conduct.

While there is no minimum investment threshold, it’s unlikely that an E-2 visa application will be approved unless the investment is equal to or in excess of $80,000 – $100,000. Beneficiaries of the E-2 visa can be both the investors and their employees, provided the employees have the same nationality as the investor and are hired to cover executive or managerial positions.

The E-2 visa has a duration of 5 years, but can be extended without limitations as long as the initial conditions continue to exist. The spouse and minor children may accompany the E-2 visa holder and reside legally in the United States. The spouse may be authorized to work wherever he / she wishes, while the children may only attend school. For more information regarding the E-2 visa and other visas available to reside and work legally in the US, please read our article Immigration to USA. E-1 Visa and E-2 Visa. 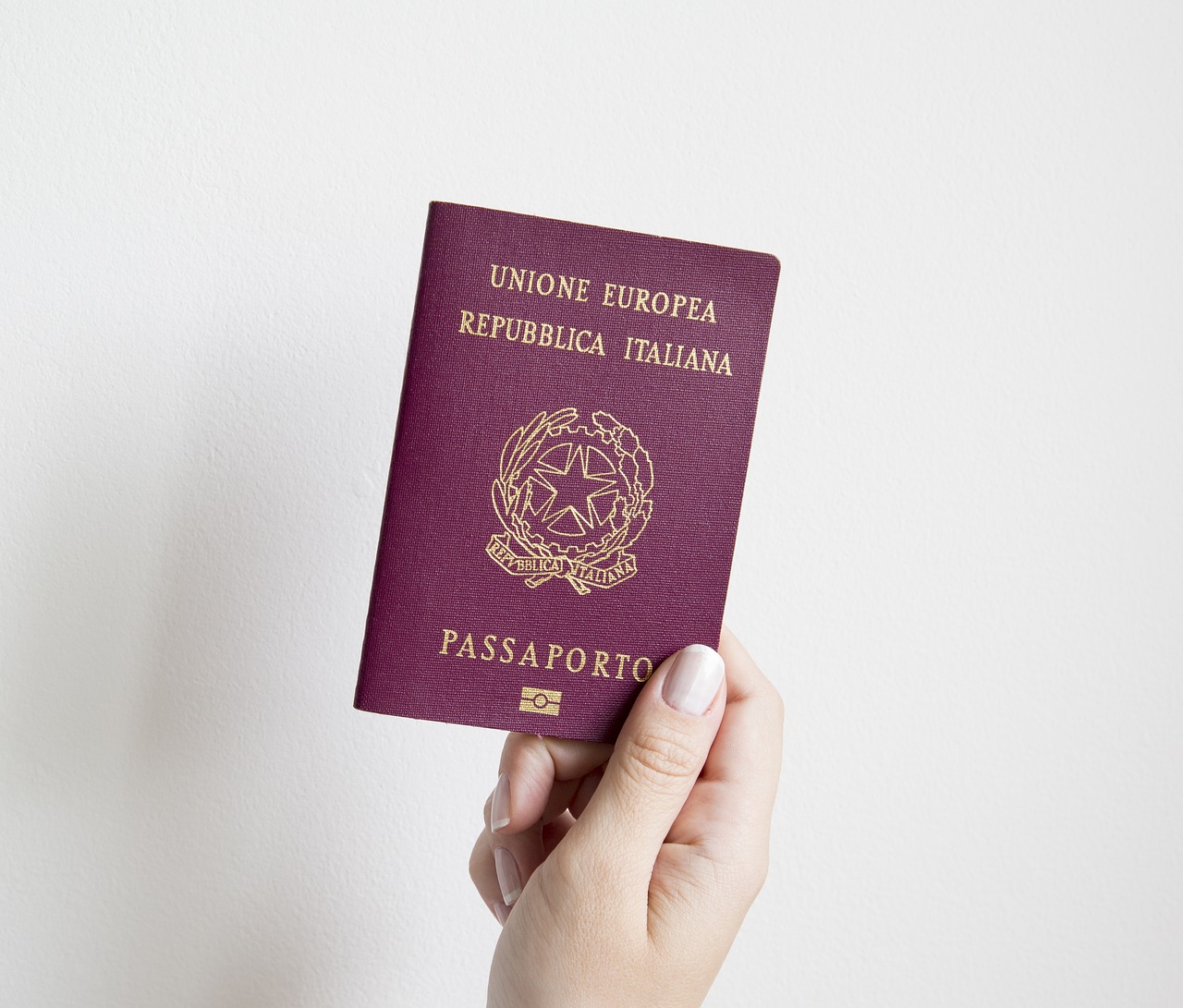 Hiring Employees in the United States

The employment relationship in the United States is strictly “at will”. This means that the law allows the employer to discharge an employee (and, similarly, an employee to resign) without cause or prior notice. As a result, hiring and discharging restaurant staff in New York and in the United States is a relatively simple operation. As it’s equally simple for employees to resign without notice, having replacement staff always ready when needed is essential to maintain an unchanged level of workforce.

For 2019 the minimum hourly basic pay of a waiter in New York City is set at $14.50, of which $4.50 may come from tips. Overtime work must be paid 1.5 times the basic hourly rate excluding tips. Tipping does not constitute a legal obligation for the customers, but restaurant owners and employees typically expect the customers to tip 15-20% on the price of the meal.

Before developing the trademark that will identify your restaurant business in the United States, it’s highly recommended to conduct a preliminary research for trademark clearance purposes to prevent conflicts and confusion with other existing similar marks in the near future. In the United States it’s absolutely common, even for small to medium businesses, to protect their own trademarks filing an application for registration with the United States Patent and Trademark Office (USPTO).

Email us if you need assistance with starting your restaurant business in New York or with your liquor license application and other legal services for your restaurant or bar. Please fill out the form below and we will contact you as soon as possible.