Signing a distribution agreement with a local distributor in the United States of America is one of the most common ways for foreign companies to enter the American market. It is also a great way to test whether a product can be marketed in the United States, without taking too many risks.

The relationship between distributor and supplier is often such that the distributor acquires ownership of the goods, except in cases of consignment. They will be obliged to pay consideration for the goods even if they are unable to make satisfactory sales. This shields the producer from possible losses. In this situation though, it is natural that if the products do not sell as expected, the distributor will stop making orders.

Working with a local United States distributor also allows the foreign manufacturer avoid the significant costs associated with setting up its business in the United States, such as costs for hiring personnel, buying or renting a warehouse etc. While this will be an inevitable step once a certain volumes of sales have been reached, the more sensible solution prior to that will be to stick with a local distributor.

A hybrid solution, halfway between a distribution contract and direct sales in the United States, may be to enter into a partnership with the American distributor. This represents a way to earn more profits, as well as exercise close control over the distributor’s operations.

Foreign manufacturers that contract with American distributors quickly find that there may be significant risks in the relationship. Issues of distance, linguistic barriers and cultural differences may pose unique challenges. At times, it may even happen that the distributor, confident in the fact that a foreign customer cannot exert a lot of control, may violate the terms of the agreement.

Distributors may violate exclusivity or non-compete provisions, unlawfully appropriate brands, patents or domain names or commit other types of contractual violations. More, the distributor may simply fail to properly promote the product or employ adequate resources to create or enlarge the product market.

Due to this, it becomes essential to regulate the relationship with the distributor through a written agreement that will detail the rights and obligations of the parties, and the remedies available in the event of default. This is appears even more necessary given that the United States do not have a civil code to rely upon in case of gaps in the regulations in place between the parties.

A federal body of law referred to as the Uniform Commercial Code (UCC) may be applied to certain distribution agreements, although such law was enacted to primarily regulate the sale of B2B and B2C goods. Foreign suppliers may find themselves at a disadvantage, as the American courts in some cases have held that the element of sale prevails over the element of distribution (which is ultimately an agreement on future sales), under such code.

Key provisions in distribution agreements in the United States

This clause guarantees the distributor’s right to be the exclusive reseller of the products in a given territory. For obvious reasons, an American distributor will be reluctant to accept to sell suppliers’ products without being protected by an exclusivity provision.

This clause establishes the distributor’s geographic range of action. It is important to be cautious though. Before assigning the American distributor too large a territory, it is good practice to make sure they have the organization means and resources to cover that territory.

In general, it is good to start by allowing the distributor to operate in only one or few states. If the relationship continues satisfactorily for both parties, supplier may then look to extend the activity covered by the contract to additional states.

The possibility of selling via the internet generally conflicts with geographical limitations. As such, online sales must be strictly regulated within the distribution agreement.

It is necessary to establish the duration of the contractual relationship and the instances in which the distribution agreement may be terminated. It is never advisable to rush into a long-term relationship with the distributor, at least initially. It is often best to start with a one-year duration contract, automatically renewable unless canceled, or with two or more years of contract including a provision which gives the right to terminate without cause, applying from the second year onward.

Likewise, it is crucial to establish the conditions allowing termination due to distributor’s default. For instance, if the distributor is not sufficiently performing, sells competitive products despite a non-compete clause, declares bankruptcy or enters into another insolvency procedure etc., the supplier should have the option to terminate the agreement.

The price of the products, the method of payment and other payment terms are obviously among the main elements of the distribution agreement in the United States. The supplier must reserve the right to change prices upon appropriate notice to the distributor.

A minimum price per product can be established as per these terms, ensuring that is not considered an anti-competition practice. In some cases, establishing a minimum price can be justified in order to protect the prestige of the product.

It is also possible to establish a minimum quantity of purchase orders that the distributor must make in a given period of time. If orders fall below this threshold, certain remedies may be triggered, including termination of the distribution agreement.

Shipment and transfer of risk

It is particularly important to establish the terms and conditions of shipment in international distribution agreements entered with United States companies. The supplier should try to include an Ex Works clause (incoterm EXW) into the contract.

However, in cross border contracts, the Ex Works clause presents some practical difficulties, given that the manufacturer must somehow remain involved in the customs clearance process once the goods enter the United States.

Use of the trademark

It is of the utmost importance to proceed with registration of your trademark before entering into any distribution contract in the United States. Countless examples can be cited of American distributors who have unlawfully started to use a trademarks belonging to foreign suppliers who failed to duly register them.

Once the supplier has registered its trademark in the United States, it is possible to limit the use of that trademark by the distributor, both in traditional commercial practice and in online sales. For this purpose, it is necessary to include a clause in the distribution agreement that defines with certainty the ownership of the trademark and also establishes that any display of the trademark must occur with the prior approval of the supplier. 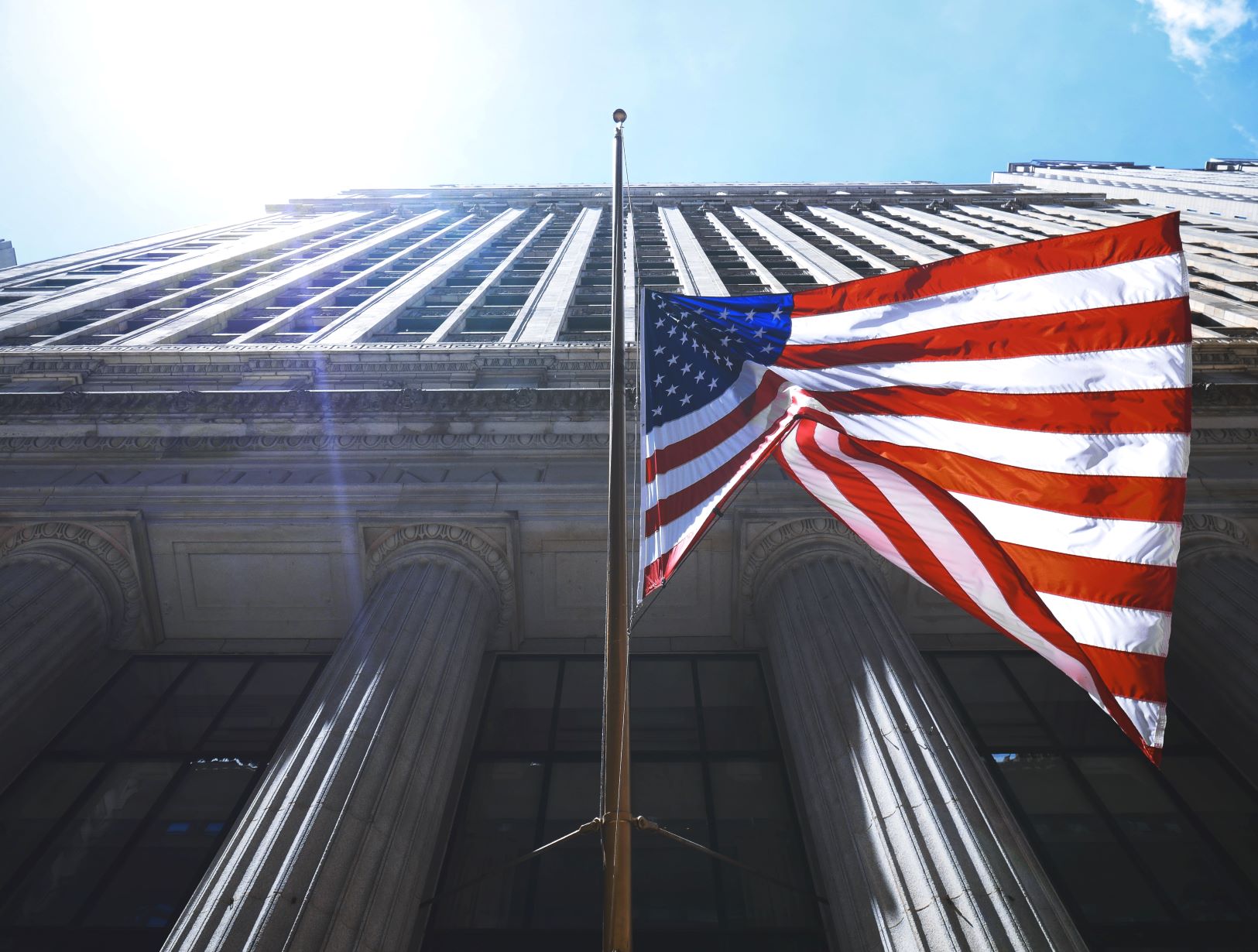 A distributor in the United States should be prevented from selling products that compete with those of the supplier, as well as starting another business directly or indirectly involved in the sale of competing products both during and after the termination or expiration of the contract, within certain territorial limitations.

However, care must be exercised in drafting non-compete clauses. Certain clauses that are too extensive both in terms of time and geographically may not pass the scrutiny of the court if challenged. They may be deemed to unlawfully limit competition.

For instance, a clause that would prevent the distributor from conducting competing activity throughout the whole of the US for a period of 10 years starting upon expiry of the contract may be considered illegal by an American court.

It is also extremely important to provide which law will apply to the United States distribution agreement and which court shall have jurisdiction over disputes arising therefrom. We recommend that the laws of the state in which the distributor is based be applicable. Jurisdiction should be attributed to judges of such state and an arbitration clause, whether national or international, should be included in the agreement.

It is a common belief among foreign manufacturers that the law governing a distribution agreement with a United States’ business partner should that of their country. However, commencing a lawsuit against an American defendant in the supplier’s country of origin makes little sense, from a legal standpoint as well as from a practical one. There are many reasons for this.

Even assuming that your company will be able to secure a favorable judgment, most of the times after several years (during which the American distributor will have probably opened and closed a dozen companies), if the American distributor does not comply voluntarily with the foreign judgment, it will still be necessary to get the decision recognized as valid in the United States and the enforce it. This must be done through a special proceeding that is often lengthy and may not even result in the desired outcome. Overall, you may waste several years and still get nothing out of it.

The best solution is, therefore, to keep jurisdiction in the United States where lawsuits, although more expensive, are also faster, more effective and can be immediately enforced against the defaulting party.

If you need a consultation regarding a distribution agreement in the United States or if you have any other questions, get in touch with us at Bardazzi Law by filling out our contact form.

Email us if you need assistance with drafting or negotiating a distribution agreement for the United States of America. Please fill out the form below and we will contact you as soon as possible.