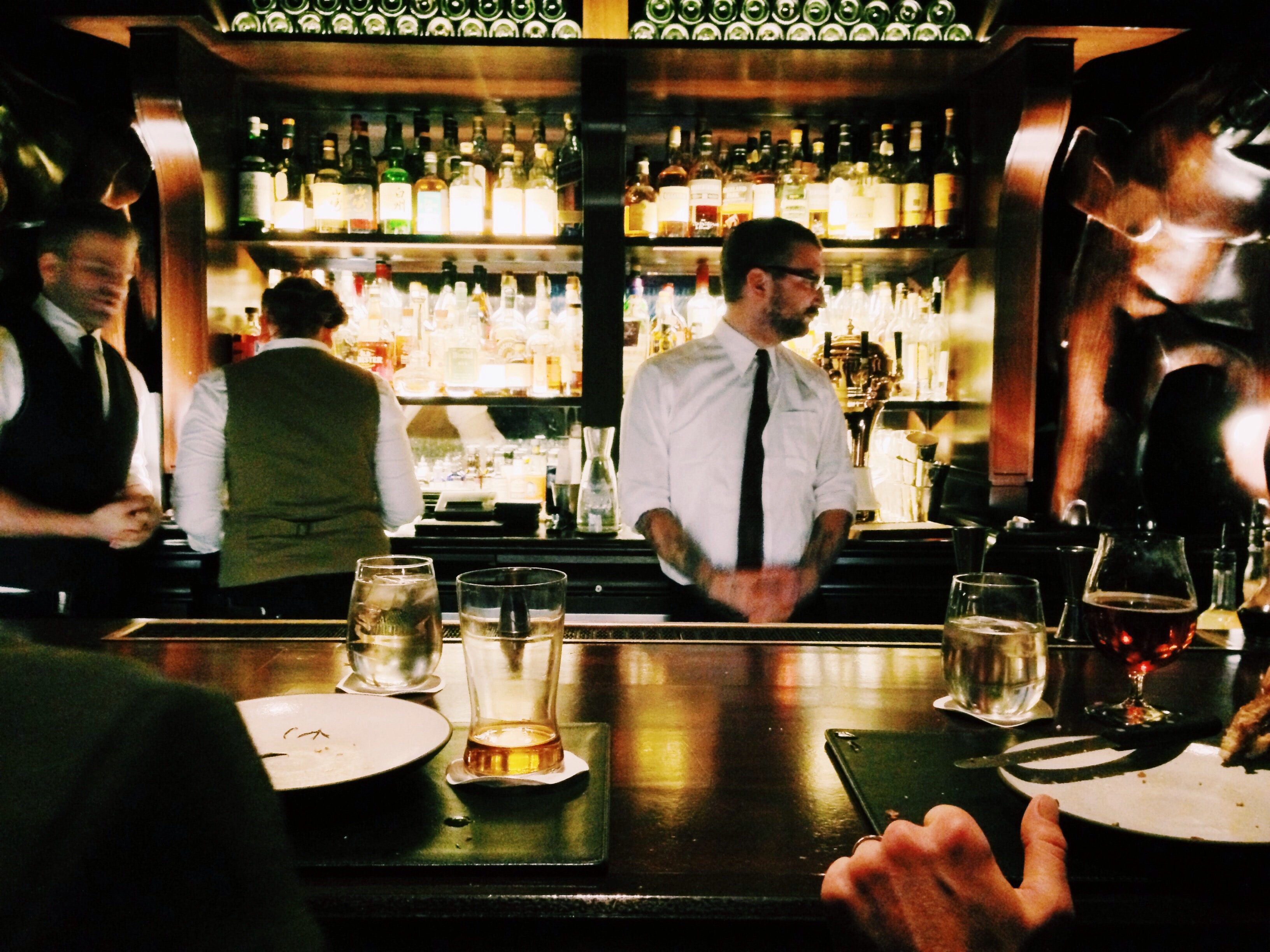 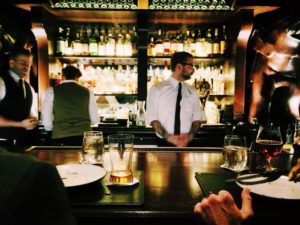 What are the two major retail liquor license types in New York?

Once a liquor license is obtained, is it necessary to file other applications with the State Liquor Authority?

Even when you already in possession of your license, you may be required to file new applications with the SLA under certain circumstances, such as:

Must food be available to patrons if you hold an on-premises license?

Yes. Either you operate a restaurant with a full kitchen or a pub or tavern or lounge with a limited kitchen, you must be able to serve food to your patrons, whether it’s a full meal or simply sandwiches, soups or similar (but snacks is not sufficient). Food should be prepared at the premises, no food from the outside is allowed. In case of a hotel license, a food establishment should be present in the building although it is not required to be operated by the same hotel owner, as it may also be operated by a third party.

Are there restrictions regarding hiring employees?

Felons: typically, on-premises licensees are barred from hiring people with a prior felony conviction, unless they obtain the prior approval of the SLA, or they can show a civil relief certificate from liabilities and the like.

Minors: the general rule is that underage persons (younger than 18 y.o.) cannot be hired to sell, serve or handle alcohol. Exceptions include on-premises licensee employing minors under the direct supervision of an 18 y.o. person or older.

Are there restrictions regarding hours of operation?

Yes, ABC law provides that package or wine stores must close at certain times of the day depending on the day of the week. For more details check ABC Law § 105 (14) here. On-premises licensed businesses will be typically subject to stipulations entered with the Community Board or the SLA at the time of the initial application.

Where and from whom can I buy alcohol as a retailer?

A New York licensed retailer may buy alcohol only from wholesalers or manufacturers licensed in the state of New York. Alcohol cannot be bought from a business located in a state other than New York. A retailer is not permitted to purchase alcoholic beverages from another retailer except when the retailer is selling the entire inventory under a liquidator’s permit.

What about payments and prices?

Payments for purchased alcohol may be in cash, checks or electronic transfers, while credit cards are not permitted. However, payments on credit may be offered by wholesalers. Failure to pay on time when the sale is on credit will result in your business being placed on the delinquent list maintained by the SLA until the debt is repaid in full, during which time you can only purchase alcoholic beverages in cash. Wholesalers and manufacturers may only sell wine and liquors at the prices they have previously posted with the SLA.

What is a Surety Bond?

A surety bond is required each time a new liquor license is issued and then upon each renewal thereof. Bonds are issued by specialized bonding companies and are used to guarantee payments of penalties imposed upon licensed businesses by the SLA for violations of the ABC Law. The validity of the bond must be for the entire term of the license. In case of retailers, the amount insured by the bond is $1,000; however the fee the retailer will pay as a premium for the issuance of such bond is approx. $50.00 per year. 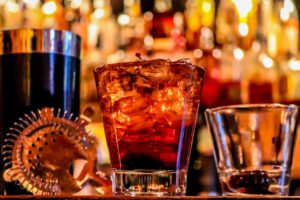 May I sell or permit customers to consume alcohol outside the premises?

What other rules should I be mindful of as a licensee?

What are the four basic types of liquor licenses granted by the New York State Liquor Authority?

May a New York Liquor License be sold, transferred, assigned to another owner?

Contrary to other states such as Florida and New Jersey, New York State does not allow for liquor licenses to be sold, transferred, given or assigned from one person or company to another. Whether you are buying a business that already holds a license, or you are setting up a brand-new establishment that is not currently licensed, in both cases, you have to go through the same application process.

Do you need to notify the NYSLA if you want to sell your business? Do you need NYSLA approval?

If you hold an on-premises license (meaning any type of license that allows consumption of any kind of alcohol on-site) in New York City (Manhattan, Brooklyn, Queens, Bronx and Staten Island), the local Community Board should be notified prior to filing any application to make a “substantial corporate change”, which means a change of 80% or more of the officers and/or directors and or managers of the company, or a transfer of 80% or more of shares of a corporation or membership interest in a limited liability company.

What are the Community Boards?

Community Boards are autonomous neighborhood committees that represent a certain local district or community and are required to provide their opinion on several matters in regard to permits or licenses to be granted by other authorities, such as applications for new liquor licenses, upgrades of existing ones and corporate changes. The opinions issued by the Community Boards, though, are not binding, i.e. the New York State Liquor Authority retains the ultimate decision regarding the approval or disapproval of a liquor license application. However, typically NYSLA is not inclined to depart from the Community Board’s recommendation. Therefore, obtaining a favorable opinion from your local Community Board is crucial to the successful outcome of your NYC liquor license application and you should be represented by specialized attorneys such as Bardazzi Law Pllc.

The application of the “500 foot rule” may result in the rejection of your application. It is therefore essential to know whether or not the rule applies to your specific case.

Typically, under the 500 foot rule no more than three on-premise full liquor licenses (those that allow to sell spirits in addition to beer & wine) are permitted within 500 feet of each other. The restriction dictated by the 500 Foot Rule, however, is not absolute and may be overcome by showing, at a special hearing referred to as the 500 foot hearing, a specific public interest that may allow more than 3 premises in possession of a full liquor license to coexist within 500 feet of each other.

The New York State Liquor Authority will consider the following factors when determining whether or not a “public interest” exists in connection with a given application: (i) type of establishment the applicant is seeking to operate (restaurant or bar or pub etc.), (ii) number, classes and types of businesses licensed within 500 feet of the proposed establishment; (iii) applicants’ prior violations or complaints at same or other establishments; (iv) issues relating to quality of life in the neighborhood, such as anticipated increased traffic, parking problems and increased noise level.

Arguments in favor and / or against the existence of a public interest in connection with a given application may be heard at the 500 foot hearing, held at the New York State Liquor Authority, where people and groups may appear on behalf of their neighborhood to raise questions and /or oppose or support the granting of a license.

The “200 Foot Rule” prohibits liquor licenses from being issued to establishments located “on the same street and within 200 feet of a building that is used exclusively as a school, church synagogue or other place of worship.” The 200 Foot Rule applies to wine stores, but it does not apply to establishments that are licensed for on-site consumption of wine and beer only.

How long does it take to obtain a liquor license in New York?

If the application involves the sale of liquor, the 500 foot rule applies and the proposed establishment is located in Manhattan, it may take up to 8-10 months for the license to be granted.

Is it possible to obtain a temporary permit to sell alcohol while the application is pending?

Yes, it is possible to obtain a temporary permit while the main application is pending, but only outside New York City, unless you are buying an existing business which is already licensed at the time of the purchase and has been operating within 30 days prior to the date of your application. A temporary permit is granted at NYSLA’s sole discretion for a period up to 90 days subject to extension.

Is BYOB (customers to bring their own bottles of wine or other alcohol) allowed in New York while the application is pending?

The BYOB practice (Bring Your Own Bottle) is not allowed in the State of New York while the application for the liquor license is pending.

Is there a way to speed up the NYC Liquor License application process?

Yes, via the Attorney Self-Certification Program. This program allows attorneys filing retail applications to certify that statements and documents provided in the application are true and accurate and that the application meets all statutory requirements.  The attorney self certification speeds up the review of applications, as the New York State Liquor Authority will rely on the information certified by the attorney, so that the review of each single document submitted will not be necessary.  The Attorney Self-Certification program is limited to attorneys. Thus, expeditors or any other kinds of representative may not self-certify an application on behalf of the applicant.

Does the license expire once the licensee’s establishment ceases to exist?

Yes. If the establishment ceases to operate the New York State Liquor Authority needs to be alerted and the license certificate must be returned. Prepaid licensing fees may be refunded to quitting licensees for their unused portion.

How does a NY liquor license get renewed?

In order to renew a liquor license in New York State a renewal application must be filed with the New York State Liquor Authority at lest 20-30 days before the expiration date. If the premises are located in New York City, the local Community Board must be notified in advance.

What are the annual fees to maintain a liquor license in the State of New York?

As of 2018, a Restaurant Wine (RW) licensee pays $960.00 every two years to maintain its liquor license. If the license is to sell spirits in addition to wine and / or beer for on-premises consumption (OP), the tax amounts to $4,352.00 every two years. Outside New York City, the above fees are considerably lower.

What are the statutory requirements to obtain a liquor license?

In order to obtain a liquor license, an applicant must be:

May citizens of foreign countries obtain a liquor license in New York?

Yes, to the extent that their country maintains special friendship or commerce treaties with the United States, those that allow the citizens of a certain country to apply for an E-1 or E-2 US Visa for international traders or investors. However, a citizen of a foreign country who does not plan on residing and working in the United States need not apply for an E-1 or E-2 visa in order to obtain a NYC Liquor License (the only requirement, as said, is just to be a citizen of a country which nationals are allowed to obtain an E-1 or E-2 US Visa). See New York State Liquor Authority advisory opinion #2015-21. For further information regarding the process to obtain E-1 and E-2 Visas for the United States read our article: Immigration to USA. E-1 Visa and E-2 Visa.

Being represented  by specialized liquor license attorneys such as Bardazzi Law throughout the process of obtaining a liquor license can make the difference between the approval and the rejection of your application.

Email us if you need assistance with your liquor license application and other legal services for your restaurant or bar. Please fill out the form below and we will contact you as soon as possible.