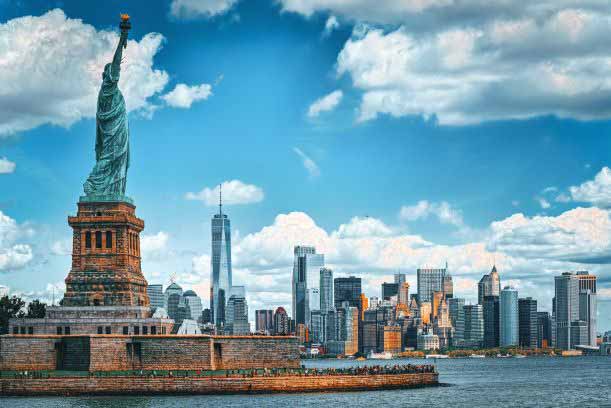 How Much Does a Liquor License Cost in New York

How Much Does a Liquor License Cost in New York?

Let’s explore how much would cost to obtain and hold a liquor license in the New York City’s area.

There are two main categories of retail liquor licenses that may be granted in New York: on premises and off-premises. Each category includes different types of permits, and each one of them has different costs and duration.

On-premises liquor licenses allow for the sale and consumption of alcohol at retail inside the licensed premises. Allowed alcohols for on-premises consumption are beer and cider, wine and liquors, and combinations thereof.

All types of NY on-premises permits are subject to the 200-Foot Rule. The 200-Foot Rule prohibits the licensing of locations within 200 feet from a school, a church or a place of worship.

For the rule to apply, the building must be used exclusively as such. Mixed use – buildings do not qualify.

This rule is not discretionary and his enforcement by SLA is mandatory should the conditions be met.

On-premises NY liquor licenses involving sale and consumption of liquors in addition to beer and wine are subject to the 500-Foot Rule.

According to this rule, no more than four locations licensed for the sale of liquor may co-exist within a 500-foot radius. This rule is discretionary and its application may be overcome if the applicant shows that the granting of a license is in the public interest.

SLA now requires that a statement of public interest be submitted with the original application.

For more information regarding these types of licenses you can read our related articles:

Here are the costs and duration of the most important on-premises licenses in the 5 New York City’s Boroughs, e.g.: New York, Brooklyn, Queens, Bronx and Staten Island:

Off-premises liquor licenses allow for sale – but not consumption – of alcohol at retail. Typical examples of this types of permits are liquor and wine store permits, as well as drug store and grocery store permits.

Liquor and wine stores are not subject to the 500-foot rule, however trying to apply for a liquor store permit in an area crowded with liquor stores sure is not a good idea.

Once the Liquor Authority receives your application, it will send out a questionnaire to the 4 closest liquor stores to get information regarding their revenues. If their revenues are stagnant it probably means that such area is not in need of an additional liquor store.

There are many other factors that the NY Liquor Authority will consider when making a decision on a new liquor store license, but this one of the most important.

The 200-foot rule applies to liquor and wine stores in the same manner as it applies to restaurants and bars.

Lastly, 30-day notice to local community board – as prescribed for any on-premises retail permit – is not required for off-premises applications.

Here are the most popular off-premises alcohol permits with costs and durations:

For more information regarding liquor store licenses you can read our related article here.

As noted above, these are the fees for the 5 boroughs of New York City. In other areas of New York State fees may be considerably lower. For a complete picture of all the available licenses and areas click here.

When seeking to file a liquor license application, you should also consider the following costs:

Advertising: on-premises licenses require legal notice of the application to be posted on two newspapers (daily and weekly) in the designated area for a designated time. Private companies may offer this service for around $400-$500. You can also do that on your own, which is going to save you probably a couple of hundred dollars.

Bond: in order to hold a liquor license a bond is to be provided at filing. Its cost is around $50 for two years

Legal / Service fees: facing a liquor license process without being represented by an experienced attorney may lead to rejection or substantial delays of your application. Attorney’s fees may vary depending on the type of license, however the most expensive is the On-Premises Liquor (OP) , for which legal representation may cost around $5,000, with 2 and possibly 3 hearings to attend. Being represented by entities other than specialized law firms is never a good idea. They may be cheaper than attorneys but you pay for you what you buy!